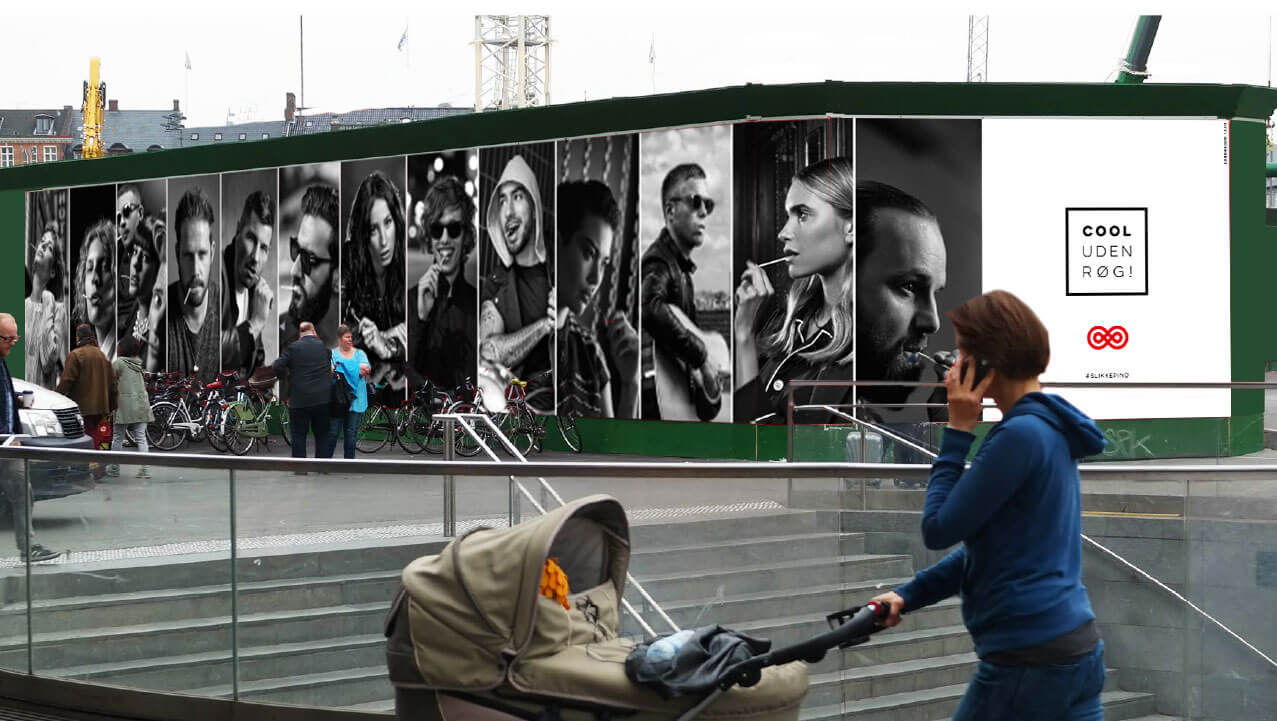 Despite the fact that everyone knows that smoking is dangerous, young people still start smoking. In fact, the number of young smokers in Denmark hasn’t changed since 1996. We came up with the concept “Cool Without Smoke”. A concept, which emphasizes that it is not cigarettes that make a person cool, it's who you are and what you can do. It started with #Slikkepind (#Lollypop).
We asked a Danish celebrity to bring a lollypop on the red carpet and to post photos on Instagram with the lollypop. A Fashion photographer incorporated the lollypops into there photos and even musicians brought the lollypops on stage, all this with no explanation. Thus creating hype before the real campaign started. The real campaign revealed #COOLUDENRØG (#COOLWITHOUTSMOKE) and started a conversation with the target audience about being cool without smoking. 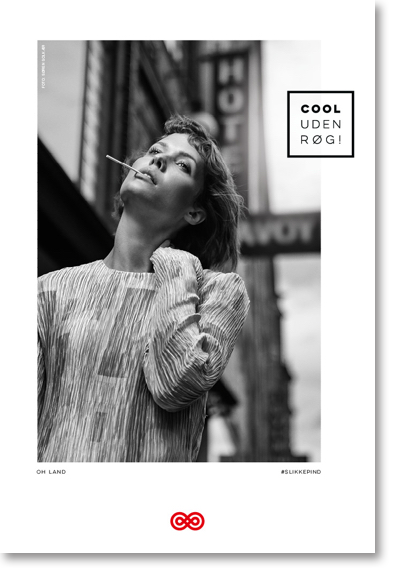 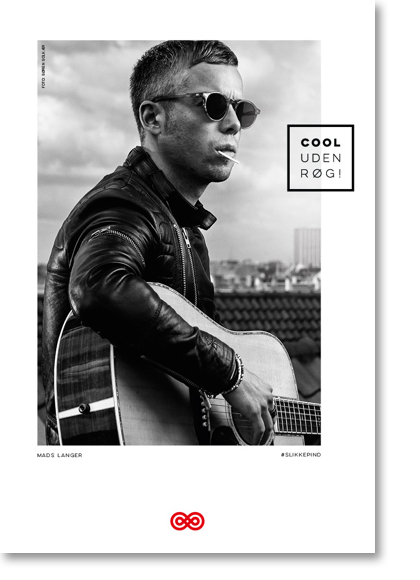 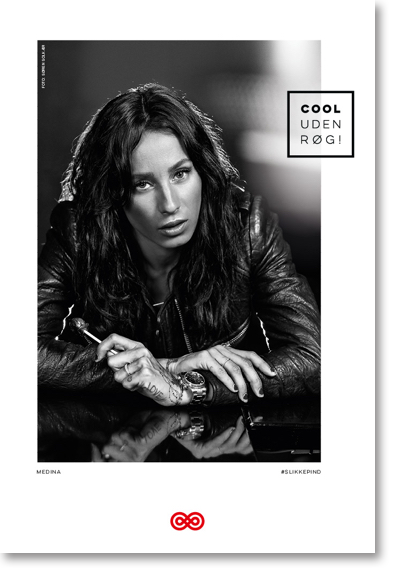 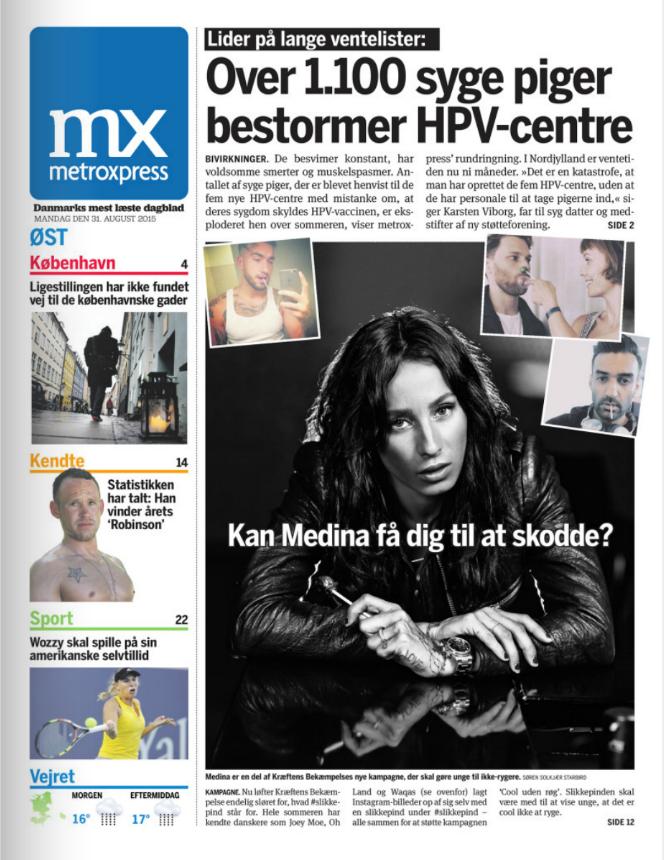 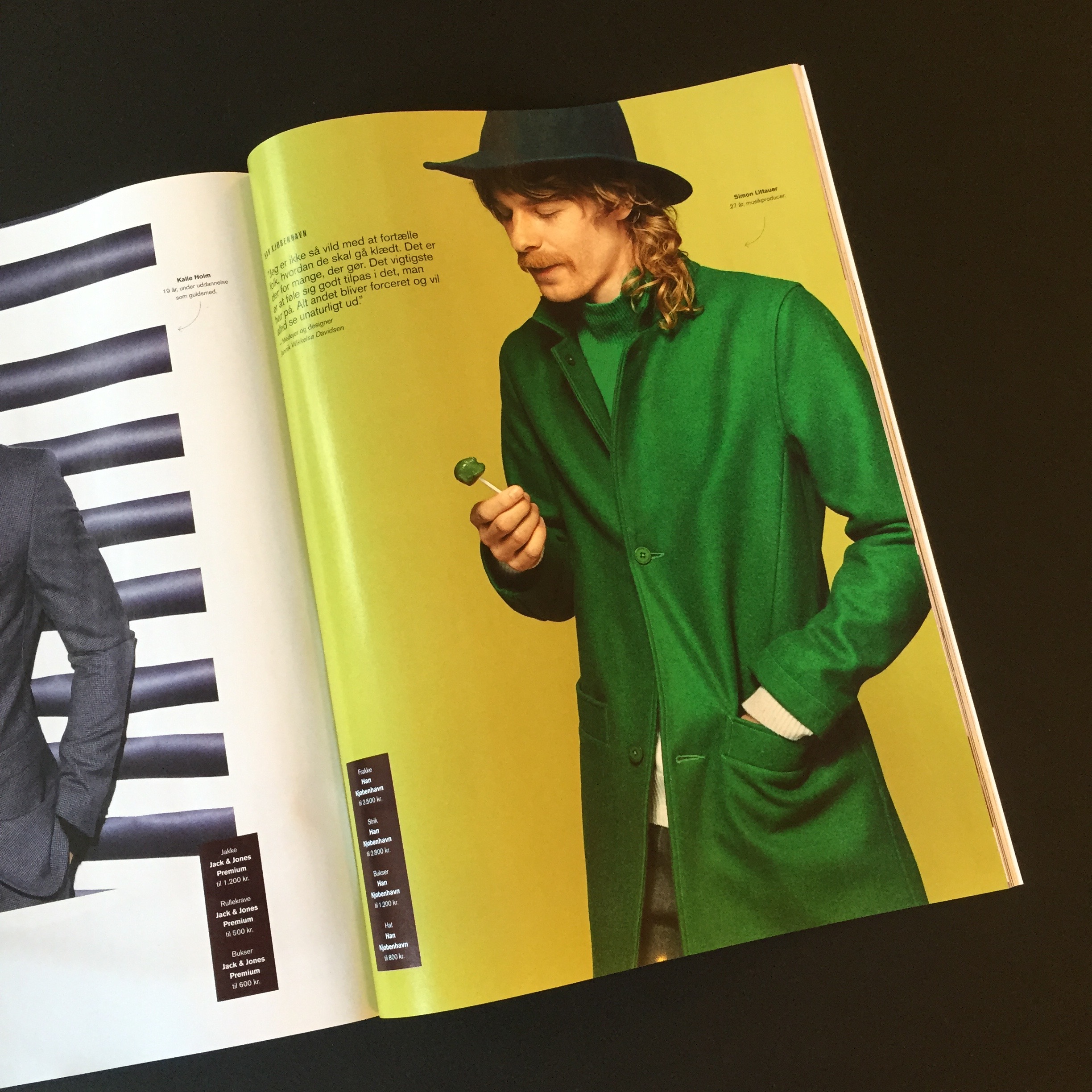 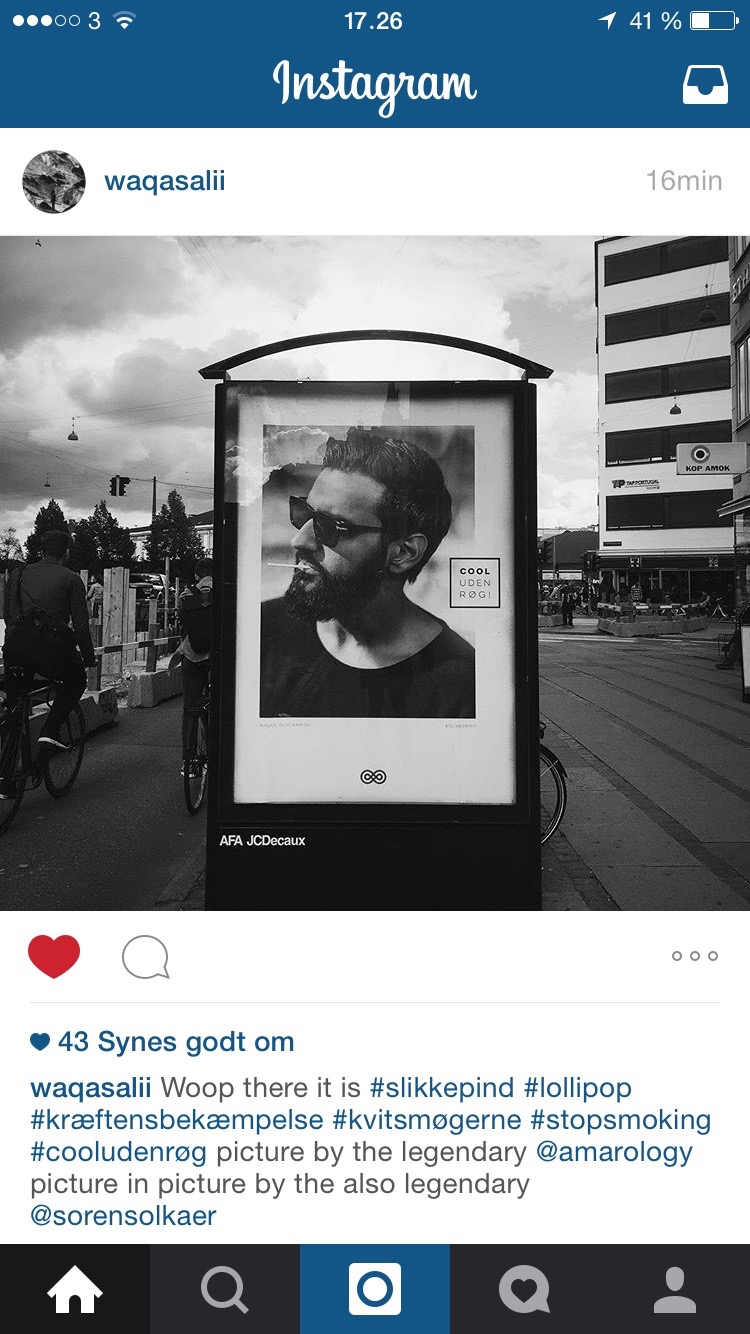 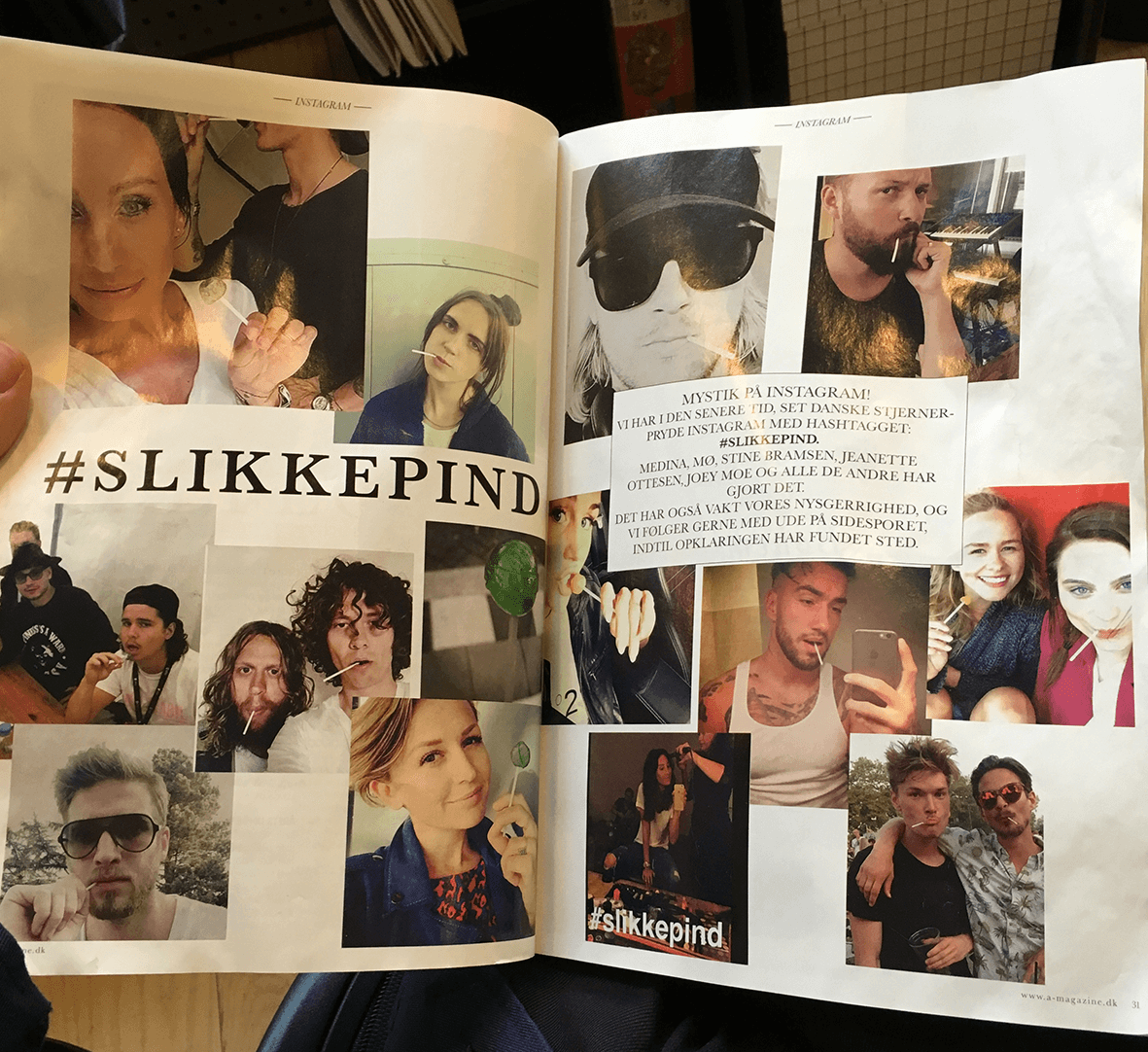